William Elmer Sterling II was born on February 29th, 1924 in Binghamton, New York. He served with the 7th United States Army, 42nd Infantry Division (the Rainbow Division) , 445th Ordnance, Heavy Automotive Maintenance Company in Europe during World War II and was honorably discharged after serving 2 years overseas in WWII. After returning from the war, he removed to Buffalo, NY where he was the chief mechanic for the FBI. He raised a family of three sons and one daughter. A very intelligent man, he was skilled in a wide variety of disciplines.

Note: This web site is a work in progress. There will be errors. 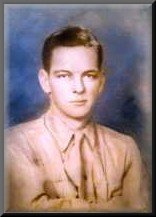