THE DESCENDANTS OF WILLIAM HAYNES (HINDS) 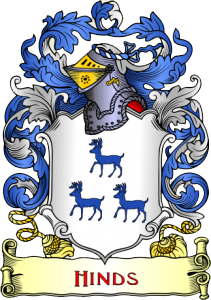 He is supposed to be the son of Walter Haynes ….

Walter Haynes, born in England in 1583 was the owner of buildings in the village of Shaston, situated in the island of Purbeck, in the south-eastern portion of Dorsetshire. Walter was a linen weaver from Sutton, Mandefield, County of Wilts. Walter at the age of 55, along with his family and servents, arrived in Boston on the ship Confidence in 1638. The ship left from Southhampton in 1638.

His will of May 25, 1659 mentions his wife Elixabeth and four of his surviving children. Apparently the family name at this time was most often spelled with an “I” instead of a “Y”.

This information is contained in a book called Decendants of Walter Haynes and Peter Noyes of Sudbury, Mass. Printed in Boston by David Clapp & Son, 115 high Street, 1893 and was provided to me by Kelley Weber another Haynes decendant.

Additional information from: Walter Haynes and his Descendants, ed. by Francis Haynes, p 57-58 B11C19 and The Wells Family by D.W. Norris and H.A. Feldman, printed by The Cramer-Krasselt Co. Milwaukee , Wisconsin, 1942 and from the Haynes/Noyes Journel.

He was married to Sarah Ingersoll (daughter of Richard Ingersoll and Agnus (Ann) Langley) in 1644. Sarah Ingersoll1 was born about 1616 in Bedfordshire, England. She died before 1703 in Houlton, MA.

Francis Hinds and Ruth Cane had the following child: 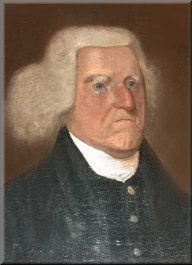 4. Chaplain Ebenezer Hinds RW – FIW1 (John (Hinds)-3, Francis-2, William ( Hinds )-1) was born on July 29, 1719 in Bridgewater, MA. He served in the military between 1755 and 1763 in Middleboro, MA Revolutionary War.2 Daughter of the American Revolution Patriot ID=645005 He died on April 19, 1812 in Fairhaven, Bristol, MA. He was buried after April 19, 1812 in Old Cemetery, Lakeville, MA. He served in the military in French and Indian War as Chaplain. He served in the military in Rev War as Chaplain. The Rev. Ebenezer Hinds, pastor of the Second Baptist Church, was the chaplain of the regiment from Middleboro that fought in the French and Indian Wars.

(His picture appears in the Middleboro History book with these words:

Ebenezer Hinds was born in Bridgewater, July 29, 1719, and was at one time a member of the Second Baptist Church in Boston. During his ministry a revival of religion occurred, whereby this church was increased to one hundred and four persons. During the French and Indain War he served as Chaplain in Captain Benjamin Pratt’s company, and was with them in their march to Saratoga, where he often preached. He was a man of unusual ability, and an earnest and devout Christian pastor, who did much to build up his church and increase the spirituality of its members during his forty years of service. He was remarkable for his bodily health and activity, and it is stated that at the age of eighty years he would spring upon his horse unaided and take long rides to visit his parishioners. Probably on account of his great age, he gave up his pastorate about the year 1793, and until the year 1805 there seems to have been no regular pastor, Mr. Hinds preaching occasionally as his strength would allow. At his death, April 29, 1812 , he conveyed to the church the parsonage which he had built and the land upon which it stands.

Database: Massachusetts Soldiers and Sailors in the War of the Revolution (17 Vols.)

He was the first settler of Montrose, Susquehanna County, Pennsylvania, where he had moved in 1800; first County Commissioner of Susquehanna County in 1812; active in Masonic affairs. The following is an interesting account of Bartlett from the History and Genealogy of the Hinds Family

“He went to Pennsylvania in the early days and became the first settle in Montrose, Susquehanna County. Soon after he had settled there the animosity which had so long existed between the Connecticut and Pennsylvania claimants, culminated into open warfare. In 1803, occurred the famous assault on Bartlett Hinds, who from conviction, had become advocate of the Pennsylvania claim, and was charge with bringing against Connecticut settlers, indictments for intrusion. In the evening, the house in which [Bartlett Hinds] lodged was surrounded by a mob, who forcibly entered and took him from the house; and tying him to a horse’s tail, dragged him through Wyalusing Creek, near its forks. When nearly exhausted, Mr. Hinds made the Masonic sign, which induced one of the fraternity to give him assistance, but when he had reached the shore, his assailants formed a ring, and seizing his hands, drew him around his burning effigy, and occasionally pushed him into the flames. For this deed, eighteen persons where indicted for riot, and assault and take to Wilkes Barre, as the partied belonged in what was then Luzerne County”.

Bartlett was an Original Member of the Massachusetts Society of the Cincinnati from 1783 until 1822. Bartlett applied for a Soldiers pension 5 December 1820.

He was married to Malvina Jenks (daughter of Perry J. Jenks and Eliza Morse) on August 14, 1845 in Montrose, Susquehanna, PA. Malvina Jenks1 was born on April 28, 1821 in Lawrence, Otsego, New York. She died on May 21, 1906. from headstone David D. Hinds Major and Malvina Jenks had the following children:

This database is an index to the 1910 US Federal Census for the state of Pennsylvania. It is searchable by the heads of households. The 1910 Miracode indexes record the following information for each person: name, relationship to head of household, color or race, age at last birthday, marital status, visitation number or family number, place of birth, county, township, and enumeration district number. The information found here will lead researchers to the location of their family in the actual 1910 US Federal Census Schedules.

Sources:
New York: Report of the Adjutant-General. (NYRoster) Published in 1894-1906

Sources:
New York: Report of the Adjutant-General. (NYRoster) Published in 1894-1906

New York
TENTH REGIMENT OF ARTILLERY (HEAVY).
Black River Artillery; Jefferson County Regiment.
(Three Years)
This regiment was organized December 31, 1862, of the 4th, 5th and 7th Battalions of Artillery, and Alexander Piper appointed its Colonel. The battalions had been organized at Sackett’s Harbor in September, 1862, and the consolidation was effected under the orders of the War Department, dated December 27, 1862. The companies were mustered into the service of the United States for three years; at Sackett’s Harbor, A, B, C, D, E, F, G and M September 11th; H and I September 12; at Staten Island, Company K November 12, and at Fort Schuyler, Company L December 27, 1862.

Mary Evelyn Payne1 (daughter of Corporal William Augustus Payne Civil War Veteran and Amanda Maria Viney) was born on September 4, 1871 in Waverly, NY. She died in 1947. She was buried in 1947 in Harpursville, Broome Co., NY.